When Jeff George threw his final NFL pass in 2001, he became the first quarterback drafted #1 overall to have not won a Super Bowl or been to a Pro Bowl.  A decision he made back in college, however, may be to blame for his disappointing legacy.

Following George’s freshman year at Purdue, the school fired its head coach.  George subsequently opted to transfer to Illinois, placing his eligibility on hold for a full season.  It was only a year, but it turned out to be a critical one.

In 1989, one year prior to George entering the league, the Dallas Cowboys selected UCLA quarterback Troy Aikman first overall in the draft.  Aikman spent his entire 12-year career in Dallas.  During the quarterback’s rookie season, the team traded Herschel Walker to the Minnesota Vikings for a package of players and picks that would eventually yield Emmitt Smith, Alvin Harper, Darren Woodson and Russell Maryland, among others.  Within a year of joining the team, Aikman was playing alongside future Hall of Famers Smith and Michael Irvin, as well as Pro Bowlers Jay Novacek and Daryl Johnston.  The Cowboys’ defense was ranked 10th in the league that season.

Dallas would go on to make the playoffs seven times over an eight year span.  Aikman won three Super Bowls, played in six Pro Bowls, is enshrined in the Pro Football Hall of Fame and became a color commentator for FOX’s NFL Game of the Week (which coincidentally seems to involve the Cowboys more often than not).

The Indianapolis Colts, on the other hand, did not surround George with much talent at all during his tenure with the team.  In George’s second season, his running back, Eric Dickerson, was on the wrong side of 30 and averaged just 3.2 yards per carry.  For the following two years, the Colts’ leading rusher was Roosevelt Potts, who sounds like he was handed a jersey straight out of the Revolutionary War.  While with Indianapolis, George’s leading receivers were Bill Brooks, Jesse Hester and Reggie Langhorne.  During 10 seasons as an NFL starter, he played on only one team with a defense ranked in the top 20.

George was impressive in his limited postseason opportunities; he threw for 1,001 yards, nine touchdowns and three interceptions in three career playoff games.  Ironically, with three touchdown passes and no interceptions for the Minnesota Vikings in a 1999 Wild Card game, he beat Aikman for his lone playoff victory.

Without looking at the numbers, most people would assume Aikman, a first ballot Hall of Famer, had much stronger statistics than George, one of the NFL’s all-time busts.  A closer look at their key statistics per pass attempt, however, reveals a surprising result.

With significantly inferior talent surrounding him throughout his career, George threw for as many yards, more touchdowns and fewer interceptions per attempt than Aikman.  However, George won a mere 37% of his games, while Aikman won at a 57% clip.  As they say in real estate, sometimes it’s all about location.  It is remarkable how much an organization can mold a player’s career and define how he is perceived.  Had he not been forced to sit out that year in college, George may have entered the same draft as Aikman – and perhaps he would be the one in Canton, wearing several Super Bowl rings and sitting next to Joe Buck each week on FOX. 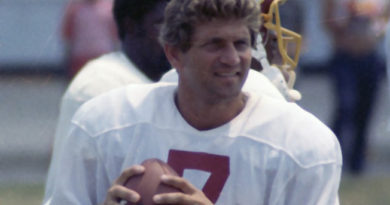 The Deceptive Perception of NFL Quarterbacks 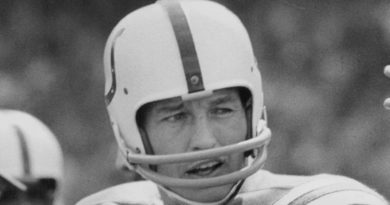 The 15 Worst Teams To Win A Super Bowl 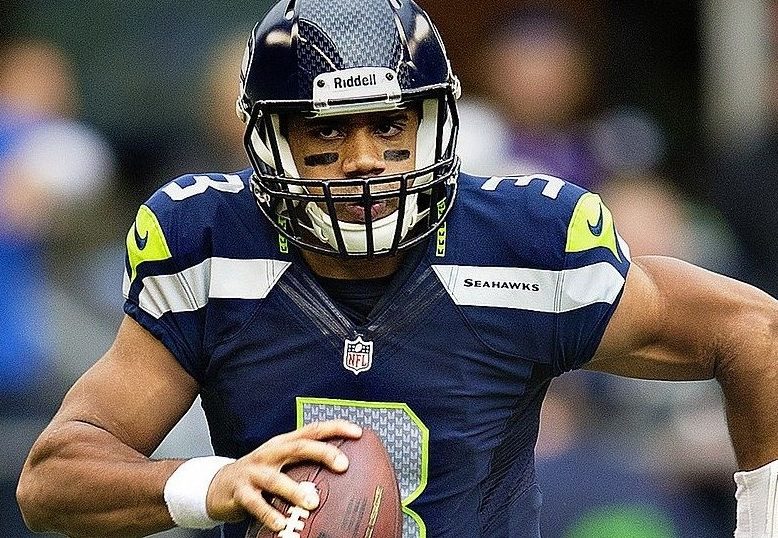 Russell Wilson Is More Than The “Other” Super Bowl Quarterback