This article appeared in The Wall Street Journal on November 14, 2017.

Nearly six weeks into the NHL season, the Arizona Coyotes are remarkably still looking for their first win in regulation.

At just 2-14-3, Arizona is on pace for just 30 points over a full 82-game schedule, which would represent the sport’s worst record in a generation. It took 12 games for the team to get a win of any sort, on a goal with just 15 seconds left in overtime against the Philadelphia Flyers. Their second victory came five nights later in a shootout over the Carolina Hurricanes.

Things aren’t going to get easier for the Coyotes, as 10 of their next 14 contests are on the road. And the four home games their fans will “enjoy” during that stretch are against the top three teams in the Pacific division (Los Angeles Kings, Las Vegas Golden Knights and San Jose Sharks) and the Metropolitan division-leading New Jersey Devils. 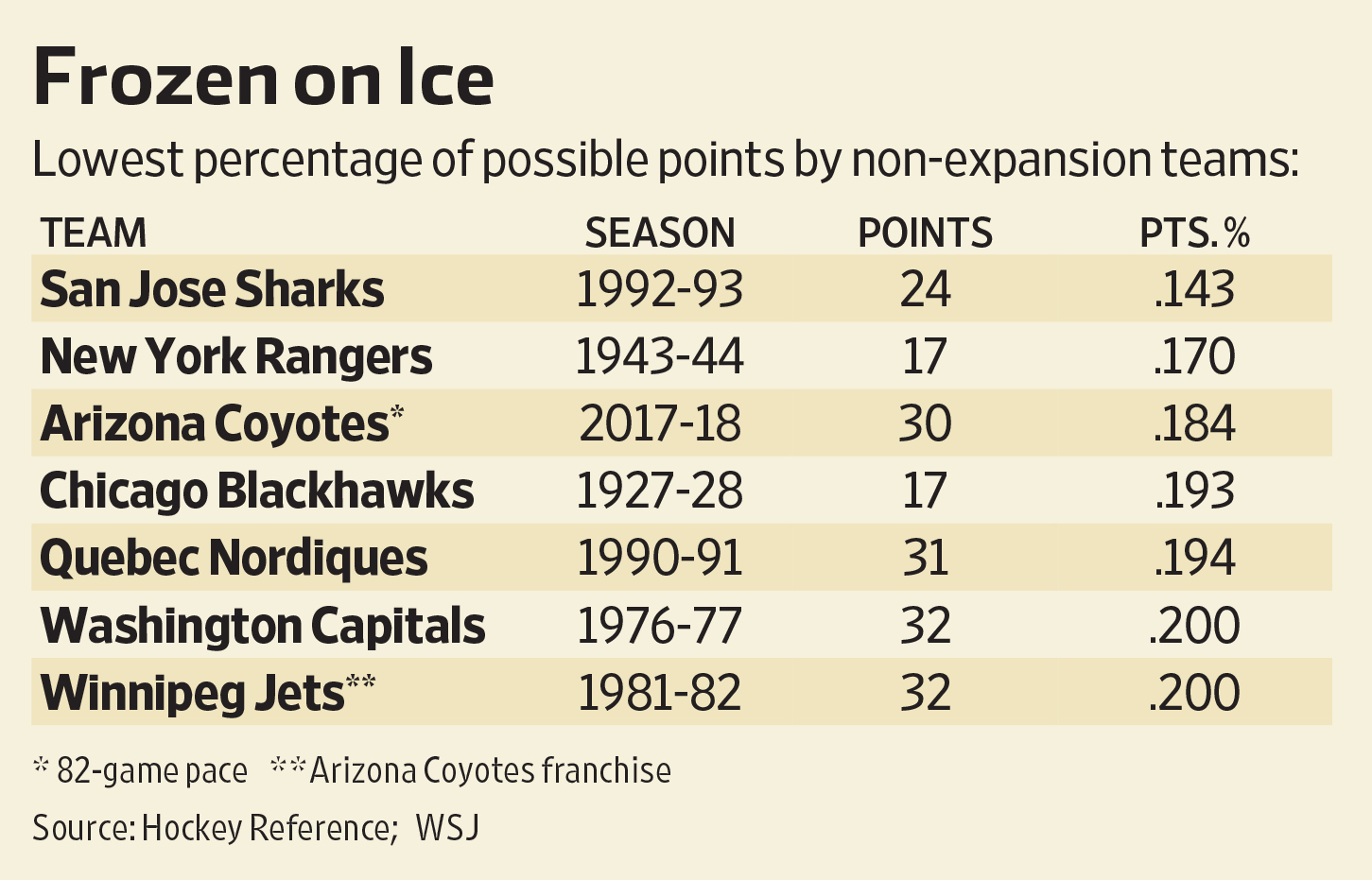 Inexperience has played a role in the Coyotes’ dismal start. The average age on their roster is just 26.0, making them the second-youngest team in the NHL behind the Columbus Blue Jackets.

The lone bright spot for the Coyotes has been the play of 19-year old forward, Clayton Keller. A 2016 first-round pick out of Boston University, Keller has lit the lamp 11 times in 19 games. No one else on Arizona has as many as five goals.

That lack of offensive firepower has been extremely difficult to overcome for a team whose goalies are dead last in the league with a .881 save percentage, which is the lowest mark in the league since 1999-2000.

In a sport where over half the teams make the postseason, it appears Arizona will miss the playoffs for the sixth consecutive year—and 12th time in 15 years. In 38 seasons split between Winnipeg and Phoenix, the franchise has only one division title.

For the First Time Since 1980, the United States is Sending 20 College Hockey Players to the Olympics.

In The Playoffs, No One Sings The Blues Like St. Louis