Denver Nuggets’ rookie point guard, Emmanuel Mudiay, is putting together the type of season that hasn’t occurred in the NBA for over half a century. And that’s not a good thing.

Since 1990, there have been only four instances of a player having -1.5 win shares or worse and none of them reached -2. With 21 games remaining on Denver’s schedule, Mudiay has posted a win share total of -2.2. Only one NBA player has ever cost his team more games in a season, using that metric: Woody Sauldsberry (-2.8) for the St. Louis Hawks back in 1961.

On the surface, Mudiay’s traditional per-game stats actually seem reasonably solid: 11.3 points, 3.2 rebounds, 5.8 assists and 1.1 steals. However, those numbers mask just how inefficient he has been on the floor.

Mudiay is shooting just 34.2% from the field (including an absurdly low 28.4% when he’s three feet or more from the rim) and just 63.3% from the free throw line. At .410, Mudiay’s true shooting percentage is tied for the second-lowest in the entire league (slightly ahead of injured Joakim Noah’s .406), among the 355 players with at least 300 minutes played (MP) this season. He’s also 74th out of 78 point guards (minimum 300 MP) in assists-to-turnover ratio.

After bypassing college to play a season of professional basketball in China, Mudiay entered the draft at just 19 years of age. However, he injured himself overseas and was limited to just 12 games last year. In fact, he may have had the least amount of post-high school experience of anyone drafted since the NBA changed its draft eligibility requirements in 2006. And though his stats in China appeared to be respectable (18.0 points, 6.3 rebounds, 5.9 assists per game), he was playing in a league where Jonathan Gibson (undrafted out of New Mexico St.) is currently averaging 42.0 points, 6.7 rebounds and 5.1 assists through 36 games.

Mudiay has plenty of time to improve his skills and there have been several examples of players who have been able to do so after disastrous initial seasons. Four of the six rookies to have -1 or fewer win shares since 1990 went on to have productive careers (Antonio Daniels, Allan Houston, Shawn Bradley and Mahmoud Abdul-Rauf). The flip side of that is the other two rookies, Donte Greene and Nikoloz Tskitishvili (perhaps not coincidentally, the only two of the group who, like Mudiay, weren’t old enough to drink legally in this country when they were drafted), never recovered, combining for -0.1 win shares over their brief NBA careers.

Mudiay’s high draft spot (#7 overall) doesn’t necessarily mean he’ll figure things out anytime soon. Of the eight worst seasons since 1990 in terms of win shares, seven of the players surprisingly were taken sixth or better in their respective drafts. Among those, only Jim Jackson and Antonio Daniels went on to become what would be considered successful players. Three of them – Adam Morrison (#3 pick), Jonny Flynn (#6 pick) and Cory Higgins (undrafted) – were all out of the league after having played no more than three seasons and each of the three ended their careers with negative win shares. Though it would be easy to explain this phenomenon by saying high draft picks often are thrown into the fire before they’re ready, while lower draft picks “learn” on the bench, only one of those eight seasons was during a rookie campaign.

After last year’s draft, SMU coach, Larry Brown, said “I think (Washington Wizards point guard) John Wall is now one of the elite guards in the league, and I think Emmanuel can be that.” Wall’s career true shooting percentage is .514 and his career low was .494, which is over 80 points higher than Mudiay’s to date. Clearly, the Nuggets’ rookie has to improve his shooting if he’s going to be an effective NBA player and avoid becoming a bust, never mind the next John Wall. 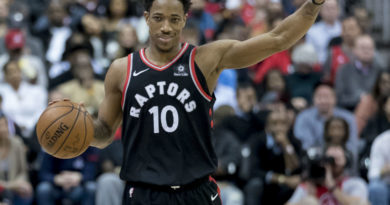 The Year of the Raptors 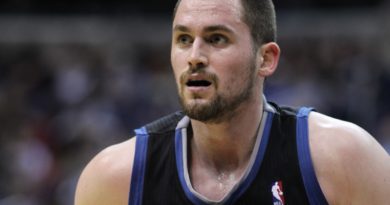 No Love for Kevin in Playoffs